What’s a Midnight Madness?
We’re the cast of course! How did you even get to this page? The Rocky Horror Picture Show isn’t just a movie. Well it is, but not to us or our audiences. Casts exist all over the world that dress up as the characters in the movie, act out the parts, and bring you the full 4-D experience of a 1975 movie without having to blow your vacation budget going to Epcott. We yell back at the screen, we perform up and down the aisles, and do really good Wayne Gretzkey impersonations while you try to sing along to your favorite songs.

We have performed monthly shows at the Music Box Theatre in Chicago since 2008, and have held shows at the Des Plaines Theater, Century Center Cinema, Fine Arts, Wilmette, Theater, 400 w, Evanston Theater, and local college theaters through our cast’s history. 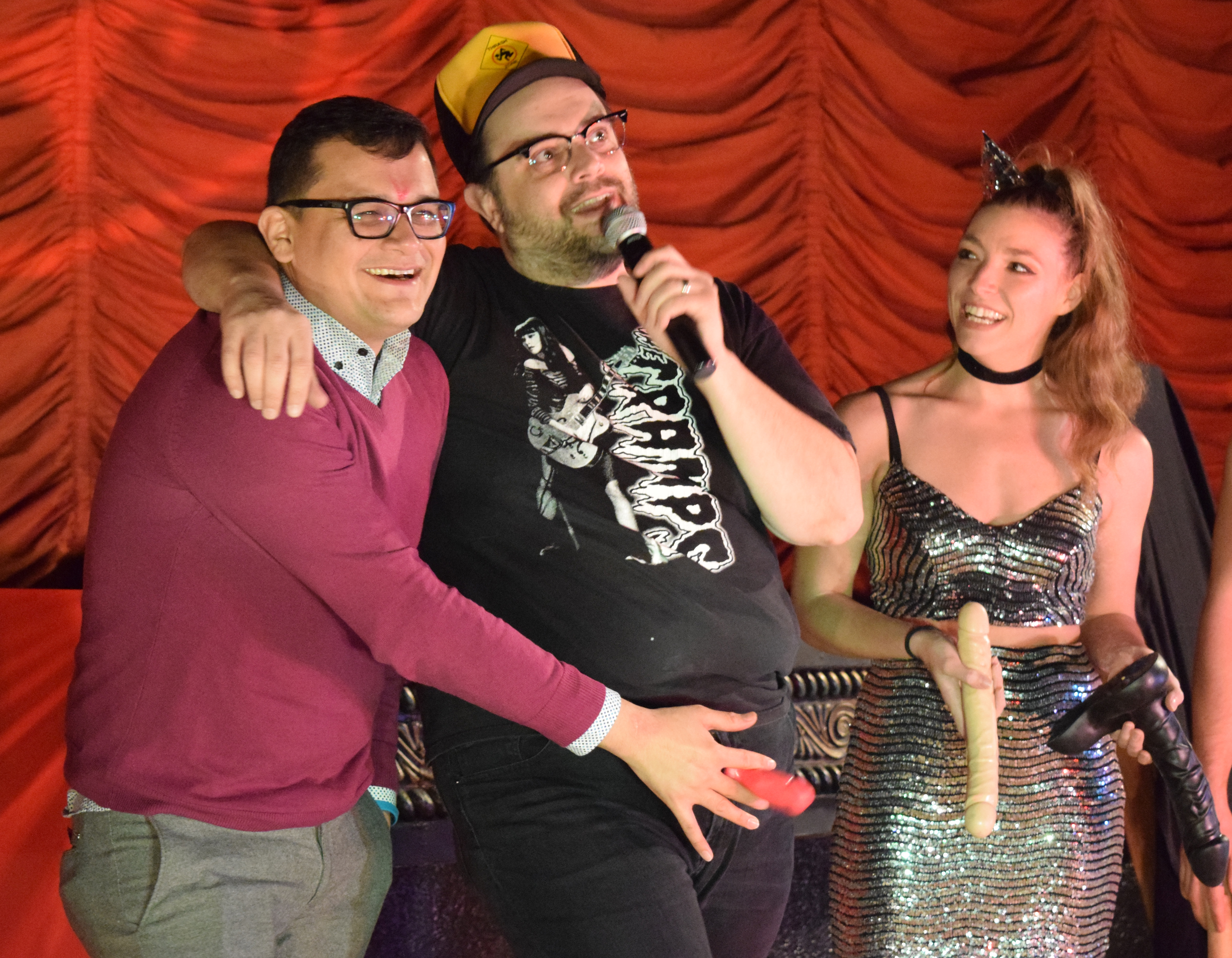 What’s a Virgin?
Odds are if you’re on this page, you probably are one.
If you have to ask, I promise you’re a virgin.

I’m a Virgin, What Are You Going To Do To Me?
Nothing yet, why do you think I should? If you’re a virgin we’ll ask that you join us on stage as a part of a devirginizing process. We’ll select a few from the crowd and ask them to participate in a virgin game to win shitty prizes.

How "Raunchy" Is the Show?
While Rocky is an “R” rated film it's very tame by today's standards (PG-13 at most) and the live shadowcast is the more "R" part of the show. In comparison to Rocky casts around the world and other shows you may have been to in recent years, Midnight Madness is about in the middle… leaning towards "can we get away with this? Let's see…" on occasion.  There will be a metric shit ton assfuck amount of swearing. There is no nudity, but there is partial burlesque style stripping early the show, lots of people in their underwear and lingerie, and, throughout the evening, simulated sex, dildos, sexual situations and innuendo. Also, we don't censor our shouted audience participation - even if the cast doesn't say stuff that will make you raise an eyebrow, a particularly graphic audience member may very well pick up that slack, and they're encouraged to do so.

We do not, however, tolerate the harassment of cast members or audience members. We have a head of security, and you don’t want to deal with him… More so, you don’t want to be *that guy* it’s never fun and no body ever likes *that guy*  In a nutshell, you'll likely be offended at some point by someone or something. We don't really recommend our show as a place that you can bring young kids or your grandma to, but we've had both in our audiences, and, to the best of our knowledge, they haven't been permanently scarred by the experience.

Do You Sell Shit To Throw??
Why yes we do! We sell virgin survival kits for $3 dollars each. You can find their contents and a list of prohibited items on our Kits Page.

We also sell buttons, shirts, and all kinds of other things not for throwing that help fund our taste for cheap vodka and high heels.

Where Does Midnight Madness Perform?
As of 2017, our performance venue is The Music Box Theater, one Saturday per month (frequently the 3rd weekend).

We Got To The Show Early… What To Do?
We We need just a little time to set up the theater before we can let people in, but as soon as we can we do! While you wait for the folks that don’t know how to budget their time to arrive, we run a video dance party at every show! Drop your coats off and come on up and boogie until its time to start our preshows! Not the boogying type? Grab a libration from the theater lounge or go have a smoke outside with the Riff Raffs and other assorted introverts.

Do You Sell Alcohol?
We don’t but our host theater sure does! Beer, wine, and mixed drinks abound along with your other favorite theater fare. We do confiscate liquor purchased from outside the theater and consider it a donation to the cast. 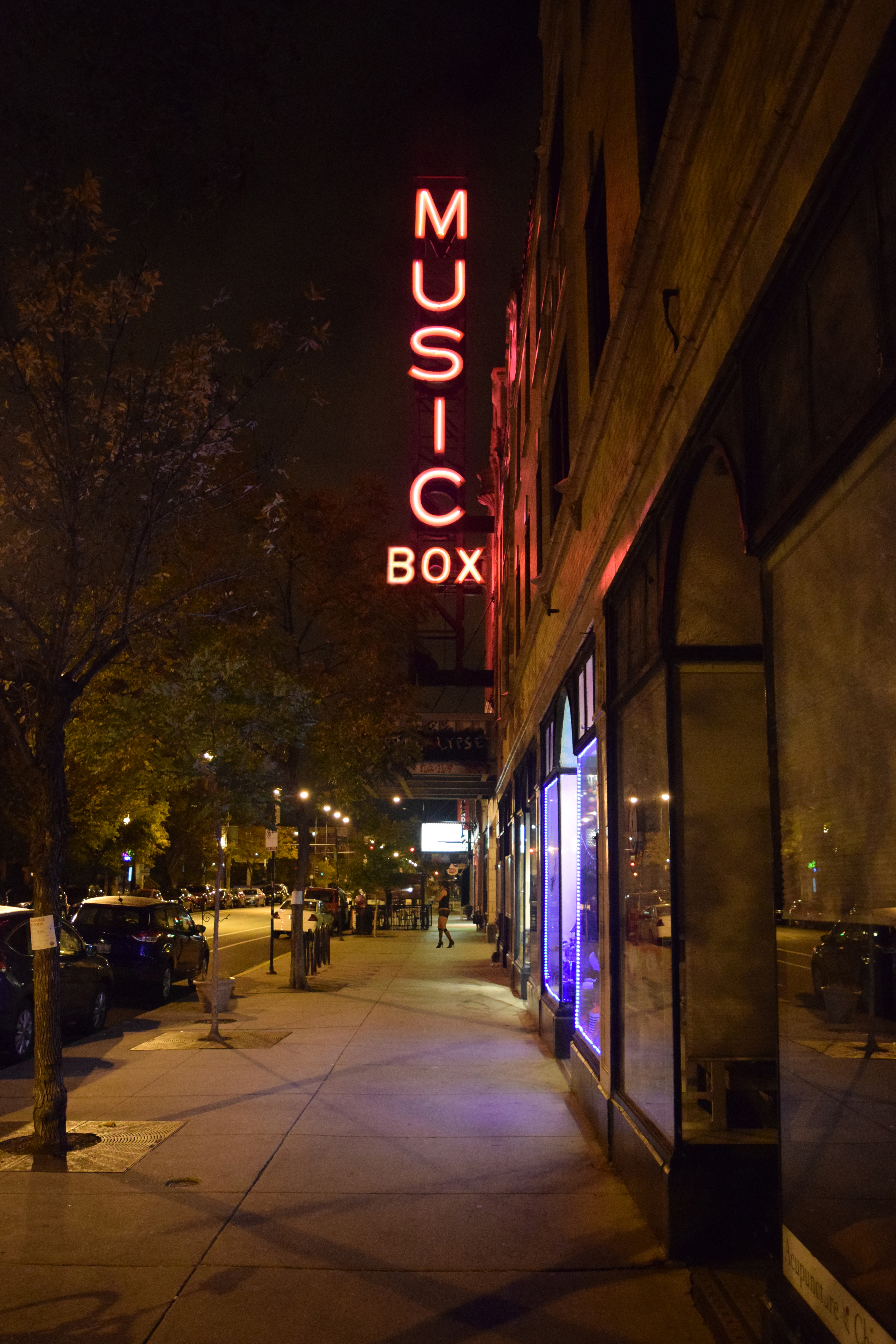 Please phrase your criticism in the form of a question.

I’m HOOKED! How Do I Join?
Awesome! Head to our Join The Cast page for more information.

Was GG Allin really actually banned from Midnight Madness shows?
Yes. He really did actually used to come to our shows when he was in Chicago. We got tired of him shitting and pissing in random areas of our theater (not our current theater) and harassing our audience members for urine and fecal “samples." It was actually in our Cast Constitution (cast rules and regs), but we removed it after his death. Honestly though… isn’t there an unspoken ban of GG Allin in most places anyway?

I'm trying to get in touch with or find out what happened to -insert-name-of-old-ex-mm-cast-member- ...how can I do that?
For the most part, your guess is as good as ours where they are and what they're up to now. Think of it like people you used to work with or hang out with ten years ago - would you know how to contact them now? There are a few ex cast members that some of us are still in contact with, and we'll be happy to pass on any requests for contact to that person, if we have their info. We will NOT send you any contact info about anyone that isn't already somewhere on our website - if it's not there, there's a reason for it. Honestly, this is a throwback part of the FAQ. If you can't find them on Facebook or Classmates, why would we know?

How do contact the official cast representatives?
You can find our emails on our Directorate page.